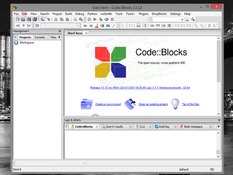 Code::Blocks is considered by many programmers as the best IDE of all the existing ones. So, if you want to program in C++ you can not miss this environment that groups a series of very useful tools that can be customized to adapt them to the types of projects you want to capture.

Compilations, including parallel ones, are simple and fast thanks to the fact that Make files are not used by Code::Blocks. On the other hand, its intuitive interface divided into tabs is extremely practical, being able to learn how to use it with the included tutorial.

The development environment has features and functions that make it the best IDE for programming in C++: automation of bleeds and certain code insertions, differentiation of syntax by means of tonalities, possibility of adding games, distinguishable lines with their respective numbers and many more to which are added those that come from the available complements.